How to Weather the Storm

An incident took place earlier this year in East Croydon that resulted in trams being unable to visit the station. A large glass canopy shattered in the station during storm Ciara. These treacherous weather conditions hit London with winds up to 70mph on February 9th 2020. Disaster struck when the glass canopy standing above the entrance to the crowded train station shattered. This had a knock on effect causing tram stops in George Street to spray glass on the floor. Thankfully, no one was hurt during or after the incident. Glass strewn areas were cordoned off whilst glass was safely removed from the scene. 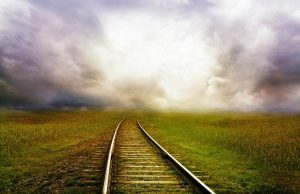 The Knock on Effect

Whilst the station remained open, trams were unable to operate in East Croydon causing major inconvenience for numerous members of the public. Adding insult to injury, due to storm Ciara, three fell victim to the weather, falling onto Piccadilly, Central and Metropolitan Lines. The MET Office Chief Meteorologist Frank Saunders explained how the storm will bring damaging winds and heavy rain across the entire UK. He warned the public to prepare for any potential damage which may take place.

How Could This Situation Have Been Avoided?

Firstly, let us reiterate that luckily nobody was injured when the glass shattered. Could the same amount of luck be counted on however should there be a next time? At Filmtek we have a fantastic solution that not only means glazing is more robust, it will capture shards in case of breakage. The use of anti-shatter window film would have prevented trams having to cease running in East Croydon.  This safe and cost effective method dramatically reduces the chance of lethal shards and glass fragmentation from becoming a danger. With a minimum thickness of 4mm and a protective anti-shatter layer, this relatively straightforward solution is the barrier between bedlam and smooth running. 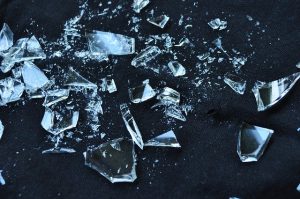 Anti shatter safety film fully complies with health and safety regulations meaning it’s a safe option. Film is widely used and trusted in important facilities such as schools, hospitals, hotels and more. The reliability and safety aspects of glazing film helps avoid dangerous situations that potentially put people at risk. If East Croydon Station had installed anti-shatter window film the glass would have remained firmly within the protective layers upon impact. This is because the anti-shatter layer aggressively bonds to the existing glazing.

The health and well being of the public is vital. At Filmtek we recommend investigating anti shatter safety film as the perfect solution.

If you would like us to get in touch to organise a quotation, visit site or carry  out a survey; discuss a project or simply to take advantage of our expertise and get our advice?

With our head office in the UK and overseas offices in Dubai, Singapore and Australia, we are the experts to contact for your projects globally.